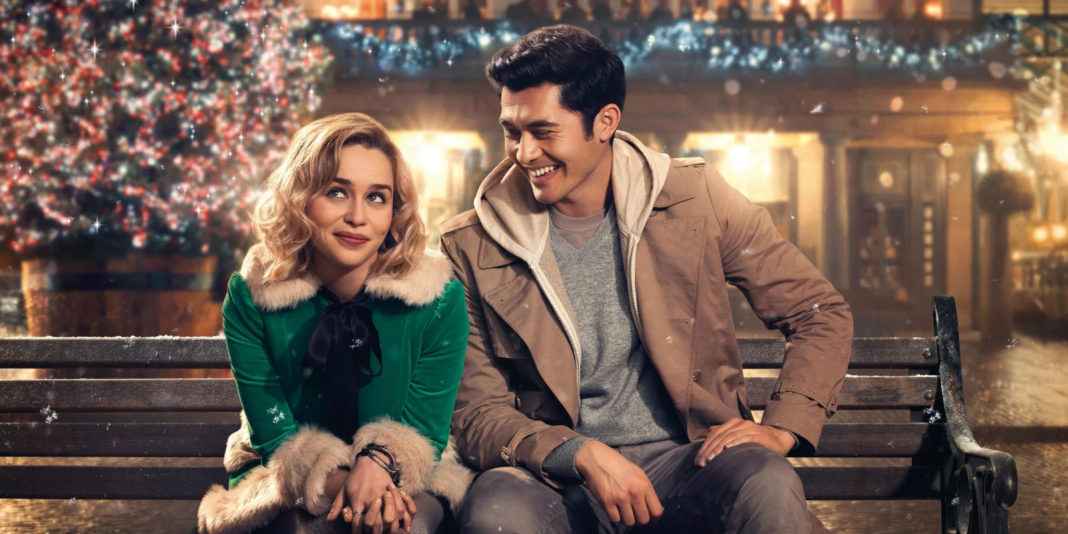 A little over one year ago, I published a list of 18 films I most anticipated in the coming year to push myself to write at least 18 articles — one for each film — in an effort to maintain an active website. Obviously, that didn’t happen. Instead, before I attempt the experiment again for 2020, here are my thoughts on all 18 films from last year, even the two films that were pushed back to this year, 2020. Oh, and the one film I chose to skip.

On a surface level, Alita: Battle Angel is difficult to recommend. The dialogue is clunky, every performance leaves a lot to be desired, the plot is overly complicated, and the film ends with a cliffhanger which reminds you this was never meant to be a standalone film. But visually, this film is a treat. Every scene is rich in stunning visuals, and the way Rosa Salazar’s facial features are played around with for Alita’s face takes a scene or two to get used to but looks great thereafter. If this film somehow gets a sequel (unlikely under Disney), I’ll see it in theaters, but if nothing else comes from this film, I won’t be too disappointed.

Stephen Merchant is a miracle worker, by which I mean, for the run-time of Fighting With My Family, I actually cared about wrestling. Developed by WWE Studios, this film could have easily slipped into the realm of full-on propaganda, and with any other director, I feel like it would have. Instead, because Merchant doesn’t care for wrestling as an entertainment product, the film leans on common sports movie tropes to focus on a heartwarming story about how professional wrestler Paige, played by Florence Pugh, became, well, a professional wrestler. As with everything Merchant is involved with, there is just as much humor as there is heart. While not perfect by any means — Vince Vaughn is aggressively Vaughn-y, Paige’s parents are a bit too goofy, the narrative drags for a bit in the second act, the aforementioned reliance on formula — Fighting With My Family is worth a viewing. Especially if you saw Little Women or Midsommar and want more Pugh.

I should have known Greyhound would, at the very least, get pushed back until later in the year. No poster or trailer for a film coming out in little over two months should have been a giant red flag, yet I still included it on my list. Instead, this film was pushed back longer than I expected, to May 8, 2020. The fact it was pushed back, but not to award season, worries me. I can’t say I anticipate this film as I did last year.

I knew I wasn’t enjoying Where’d You Go, Bernadette about 30 minutes in, when I got to an overlong exposition dump in the form of a YouTube Video Essay, with the promise it would be revisited later in the film for a further exposition dump. This essay is inauthentic, shows just how low stakes the plot is, and, at the time, pulled me out of the film with three distracting cameos. This entire film is a mess. The only good aspect of this film is, unsurprisingly, Cate Blanchett. Her emotional scenes work. I don’t think they would with a lesser actress. Apart from Blanchett, Kristen Wiig is awkward, Billy Cruddup is an unnecessary presence, and Judy Greer is, as always, horrendously underused. I really don’t know what got lost in translation during the making of this film, but I cannot believe Richard Linklater made something so uncharacteristically lackluster.

While I cannot call Dumbo a great film, if Disney is adamant about live-action remakes, I’d rather them resemble this film as opposed to Aladdin or The Lion King. At least this film only spends 30 minutes retelling the original story. The rest of the film is textbook modern Tim Burton: style over substance. The most interesting aspect of Dumbo seemed to be the villain, played by Michael Keaton. Initially, he seems like a criticism of Walt Disney, with a carnival that carries the grandeur, and some oddly similar rides, of Disneyland. But as the film continues, the similarities between the two men disappear completely. Michael Keaton’s character as a criticism of Walt Disney was nothing more than a desire to stylize the carnival with detriment to the script. And that’s the film in a nutshell.

Superhero fatigue isn’t real, but bad movie fatigue is. At least, that’s how I explain the fact I say I’m getting tired of superhero films, only to enjoy yet another superhero film. Shazam! is wonderful. This is the role Zachary Levi was born to play. More importantly, none of the kids are bad actors, which is always a fear in a film with such a kid-heavy script. The film’s worst performance comes from Mark Strong, though blame could easily be shifted to how thinly written his villain was. In fact, most of the film’s problems lie with an average script. Oh, and terrible designs for the Seven Deadly Sins. Yes, they are meant to be scary, and that is perfectly fine, but creatures can be both scary and interesting to look at. Overall, though, I’m pumped for the sequel. More Zachary Levi is never a bad thing.

For as much as I hated Avengers: Infinity War, Avengers: Endgame is a whole lot better and a whole lot of fun. Is it an award winner? No. Is it a film I plan to introduce to future generations? Probably not. But I had a smile on my face the entire run-time. Now, under even a small bit of scrutiny, the plot falls apart. If I wanted to hate this film, I could find a laundry list of issues with this film. But I don’t want to hate it. For all its problems, I had fun watching it and writing about it now makes me fond of a revisit sometime soon.

For a world so wonderfully realized in live-action, everything else about Pokémon: Detective Pikachu is awful. The acting is terrible across the board (sadly, even Bill Nighy), the script makes absolutely no sense, and the film’s final scene is completely laughable. I could have told you those elements of the film would be terrible as soon as the film was announced, though. I was anticipating it for one reason: POKEMON IN LIVE-ACTION! This film had just enough Cool Pokemon References™ and rendered Pokémon that I was glad when I heard a sequel would be written. And while I’m pretty sure that film will be awful too, I also think it’ll look great and bring even more Pokémon to life. Fingers crossed for Trubbish!

I realized as I got to this paragraph, I didn’t want to write much about this film. It was fine. This franchise is giving me diminishing returns at this point. Also, based on what I had heard before this film went into production, I thought the John Wick films were going to be a trilogy. They aren’t. Wick’s story isn’t complete, though I might be finished with these films. The fight scenes aren’t as clever as they once were, there is too much of a focus on gun play, and the world of the film gets more and more complicated without enough of a payoff to warrant so much world building. That said, get a great cast to compliment Keanu Reeves and I might just anticipate the fourth film.

I don’t remember Godzilla: King of the Monsters as a whole, just small elements. It was disappointing. The monsters looked cool, but some of the fights weren’t. I wish I cared more about this film to write more. I just don’t.

Toy Story 4 is a film I could discuss all day. In fact, I would go so far as to say it’s a better ending to the franchise (please, let this be the last film) than Toy Story 3, and subjectively Pixar’s most beautiful film to look at. Seriously, the animation in the film’s prologue alone is breathtaking. I probably spent over an hour just pausing the film to look at the environments. Regarding plot, bringing back Bo Peep (Annie Potts) was an inspired move, and Forky (Tony Hale), a character I hated when I first saw the film’s teaser, ended up being just fine, though his series of shorts on Disney+ isn’t a great follow-up. Still, as much as I loved this film, I don’t want another.

I thought Untitled Danny Boyle/Richard Curtis Film… erm… Yesterday was an okay film. Danny Boyle is talented. Richard Curtis is talented. But together, they lack a cohesive sensibility. Boyle has always been gritty. Curtis has always been a textbook romantic. And for the whole film, the two sensibilities clash, so what we end up with is lesser Boyle and lesser Curtis. Ed Sheeran is surprisingly enjoyable, Kate McKinnon feels like she’s in an SNL skit based on the film, and the Beatle covers sung by Himesh Patel are single-listen records, by which I mean they don’t come even close to the original versions!

This is the best looking film of the year, so I’m glad I saw it, and will watch it again on Disney+ for that same reason. It is also unnecessary and the art style does NOT work for a CG update of an animated classic. IT should feel fun, and not like a nature documentary. I could complain more, but so many others already have. Disney made over a billion dollars on a feature-length tech demo. James Cameron would be proud. Billy Eichner was great, though when isn’t he?

This film should have been nominated for two more Oscars: Best Director and Best Production Design. Regarding the latter, the Mr. Rogers set is recreated perfectly and the transitions between scenes is beautifully nostalgic in the best way. As for Marielle Heller, she makes you believe Tom Hanks is Mr. Rogers. Yes, Hanks is an amazing actor under any director, but Heller humanized Mr. Rogers in way that makes him more human than I have ever seen Mr. Rogers. I absolutely loved this film. It needs more love. It’s just a heartwarming story. A tearjerker, for sure.

This film is now called The King’s Man and comes out September 18, 2020. I still can’t wait for this film, even though there re so many red flags. My light at the end of the tunnel for this film? Ralph Fiennes.

Despite my love of Christmas, Emma Thompson, and movies loosely based on songs from the 1980s, I chose to skip this film. I hated every trailer for this film, and then I saw its soundtrack was exclusively George Michael songs (because Christmas, duh!) so I just skipped it. I have no regrets. I’ll look it up on Redbox. Maybe.

Great film! Best Rian Johnson film since the last Rian Johnson film. Knives Out is the kind of film that should be up for Best Picture. It’s funny, well-acted, smart, and best of all, it never drags. I cannot find one bad thing to say about this film, except that it had to end. The fact we will be getting a series of detective films starring Daniel Craig has me giddy. Then again, I would watch anything Rian Johnson decides to make next! I cannot wait until his Star Wars trilogy.

Speaking of Star Wars, the Skywalker Saga ends with a whimper that tries so hard to end with a bang. If I wasn’t already tired out by revisiting the above films and the Star Wars discourse that already took place for over a month, I would say more, but I have nothing more to say. Well, other than the fact I still cannot wait for Rian Johnson’s trilogy, this film was still a lot of fun for how truly dumb it is as an end to the story, and John Boyega is underrated. Oh, and most importantly, Kelly Marie Tran deserved better.

‘Promare’ is a Master Class in Japanese Animation

‘The Little Things’ Has a Lot of Things to Like